You are visiting: Home > An imperious knock from B3 Brand Ambassador Brent Williams 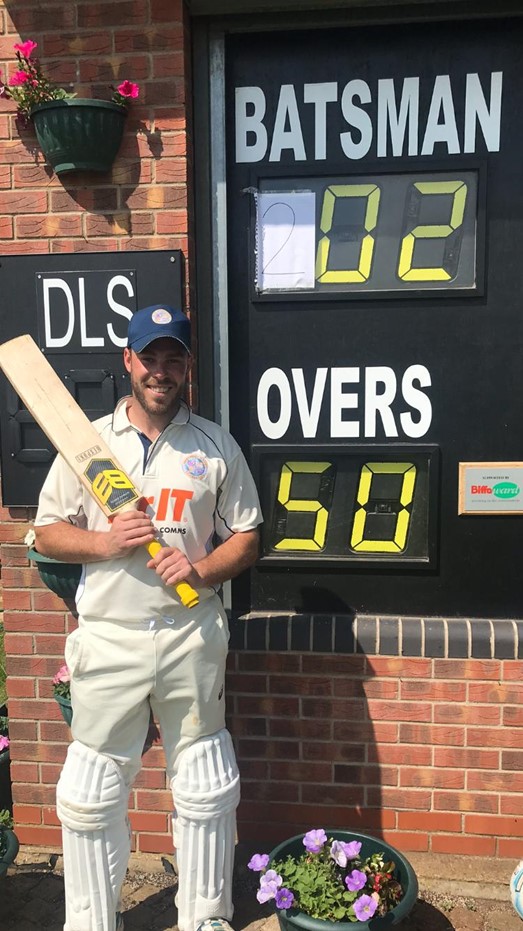 An imperious knock from B3 Brand Ambassador Brent Williams

Papplewick & Linby CC batsman, Brent Williams, had the statisticians reaching for their record books during the local derby against Hucknall in the Nottinghamshire Premier League.

The sun-drenched May Bank Holiday crowd was treated to a batting masterclass from the Aussie opener in a chanceless knock of 202 not out to help steer his team to a 44-run victory over their near neighbours.

It was the highest ever score by an individual batsman at The New Gatehouse Ground and only the fourth double hundred in Notts Premier League history. His 151-ball knock contained 24 fours and 6 maximums.

Williams is no stranger to the UK, having played for Kegworth CC, who play in the Leicestershire Premier League, from 2016 to 2019, where he plundered thousands of runs with his trusty B3 bats. At the end of 2019, Brent thought he had played his last UK summer and was planning on settling back in Sydney with his fiancé Jess, whom he met in England. However, due to the pandemic travel restrictions, Jess could not join him in Oz, so Brent decided to have another summer in the UK.

“I was speaking with Blathers (Michael Blatherwick, B3’s Managing Director) about a new bat I was looking for and explained the problems we were having and that I was coming back to England. He told me about his club in Notts, which was very close to Jess’s parents, and he signed me as their overseas player”, explains Brent.

The bat that did the damage to Hucknall’s bowlers was an Imperium which is part of the B3 Series range. The Imperium has a mid-middle and a fuller profile with a generous sweetspot.

“I’m picky about my bats, and that’s why I love B3. Not many bat brands have their own factory like B3, and I really like being able to explain to the guys exactly what I wanted; weight and handle shape are key things for me!” concluded the Aussie run machine.

And we would love to hear from all your B3 batters out there. Tell us about your exploits, and we’ll add the best to the B3 2021 Roll of Honour.