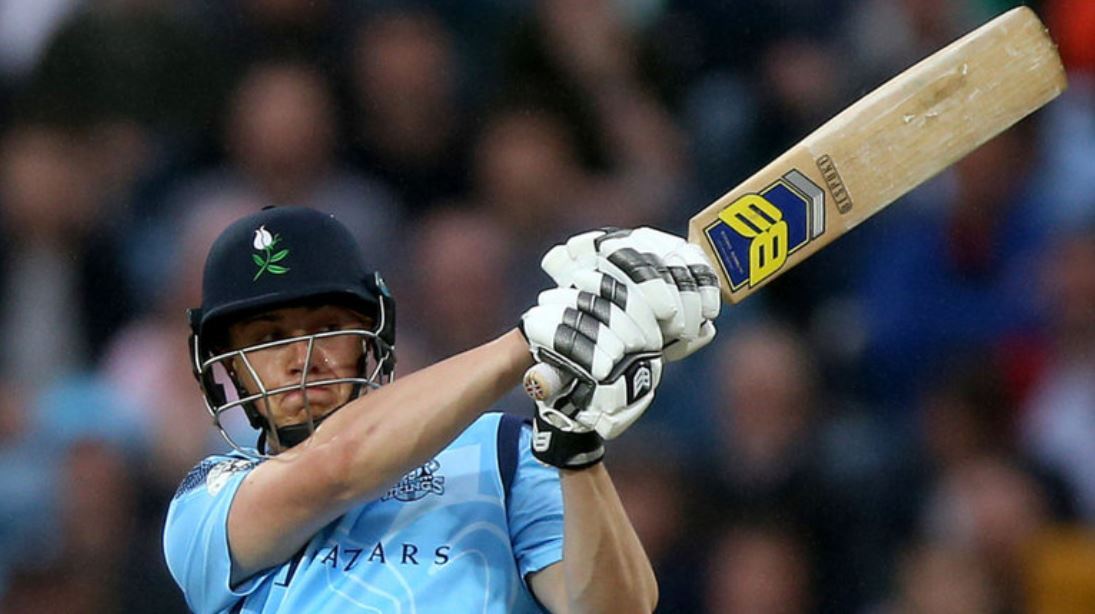 Captain Mull sounds like a super-hero and to Nott’s fans in the last few seasons that is exactly what he’s been! One of the most consistent and feared performers outside of the international squad, Mull has been rewarded with a new 4 year deal at Trent Bridge and the honour of taking the Captains’ armband from the retiring Chris Read.

In his first interview at Trent Bridge since being awarded the captaincy Steve commented, “It’s a massive honour and privilege to be made Captain of this great club!” 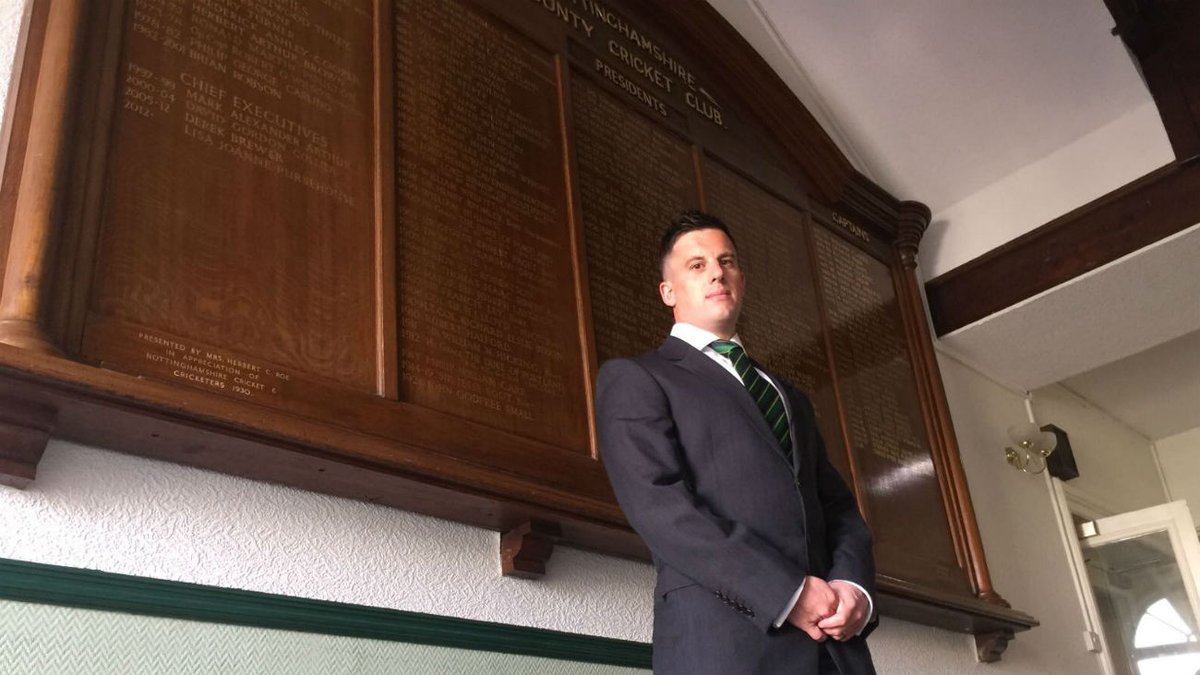 Whilst for many of us the cricket kit is still firmly locked away out of sight and mind during the winter months the same cannot be said of some of our professional players who are wielding their B3 Belters in various T20 tournaments around the globe!

Reece Bangs it in Bangladesh!

Our very own Derbyshire CC all-rounder, Luis Reece, has given the snow and ice a miss this winter to play in the Bangladesh Premier League for the Chittagong Vikings.

Following in the footsteps of the Indian Premier League (IPL) the Bangladesh Premier League (BPL) is now in its 5th year. Whilst not attracting the same glitz and the glamour of the IPL, the BPL still attracts some of the world’s elite of the shorter format of the game with Chris Gayle, Brendon McCullum, Jos Butler, Kieron Pollard and Carlos Braithwaite to name but a few.

It’s fair to say that the Vikings haven’t had the best of seasons finishing last in the league but Luis did make a very impressive 80 not out against the Rajshahi Kings in their final game.

Meanwhile Pakistan test opener Shaan Masood has been showing that he is no one trick pony, plying his trade in the shorter format, smashing an unbeaten 103 from just 68 balls for his Islamabad team. This You Tube video shows Shaan’s impressive stroke play:

Yorkshire star Tom Kohler-Cadmore is featuring in a new format of ‘kwik cricket’ this month in the luxury of the UAE. ‘Pepsi’ joins established stars including Shahid Alfridi, Virender Singh, Kumar Sangakkara and Eoin Morgan to play in this super short format.

The tournament starts on December 14th and, as the name suggests, each side gets just ten overs and the aim is to complete the match within just 90 minutes or just 45 minutes per side! Wonder if they’ll have Fergie time?

With the shorter formats of the game becoming increasingly popular with both spectators and sponsors alike, will this format become an integral part of the cricket calendar or is it one step too far in an attempt to popularise the game? The tournament will be almost as swift as the format itself, lasting just four days so Tom will be back in t’Yorskhsire for a traditional Christmas. Lucky lad, we will all watch with interest. 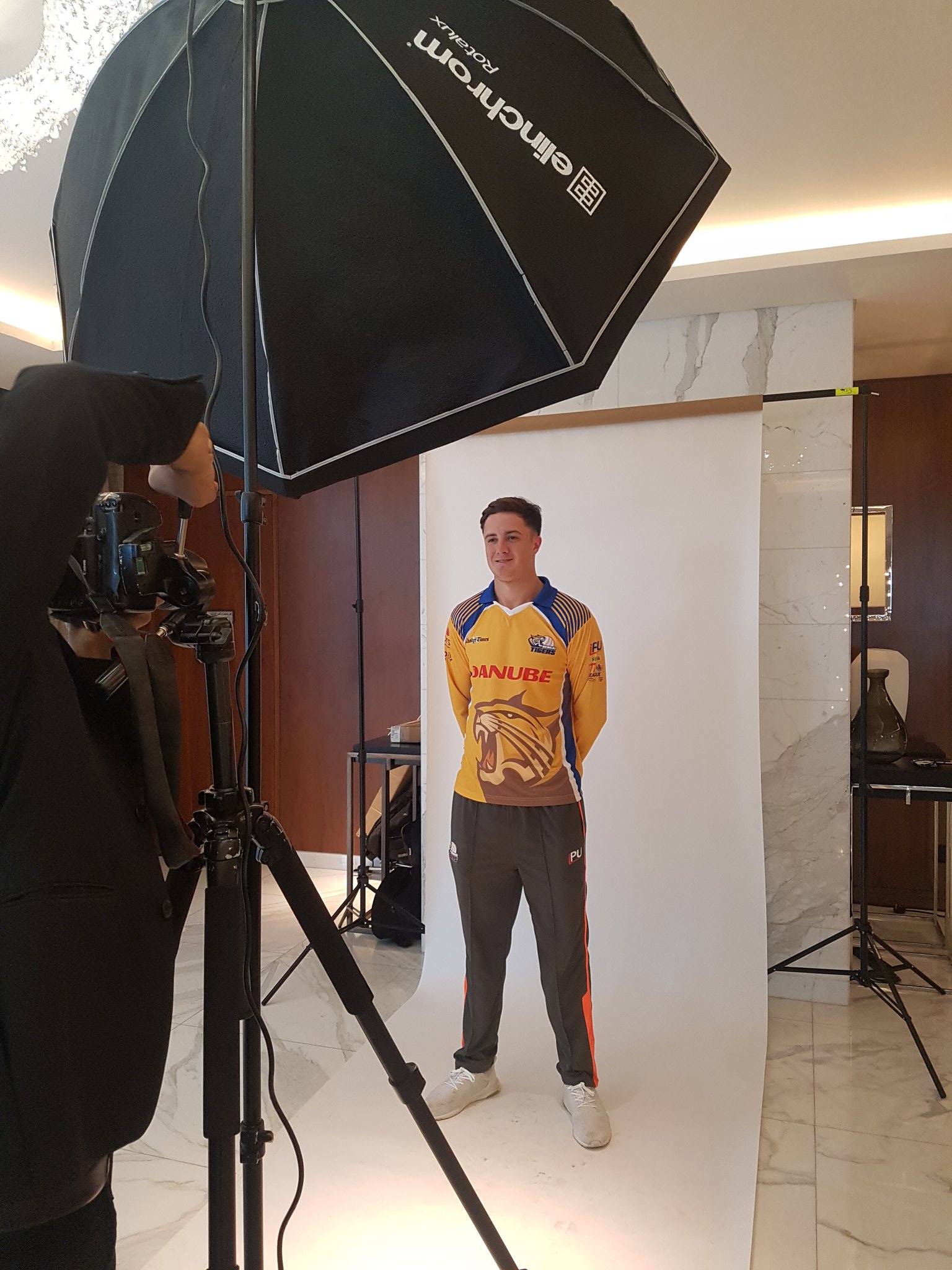 Manchester born Scott McKechnie has been working with B3 as player and coach for the last 5 years and he has been one of our most enthusiastic Ambassadors especially since taking up a role at Hong Kong Cricket Club 4 years ago as both a player and coach. He then moved on to a similar role for Kowloon Cricket Club as Head Cricket Coach.

Last week (December 6th, 2017) Scott made his international debut for Hong Kong in the ICC World Cricket League Championship in Dubai against Papua New Guinea. He scored 29 batting at number 5 in a game which HK won by 23 runs. 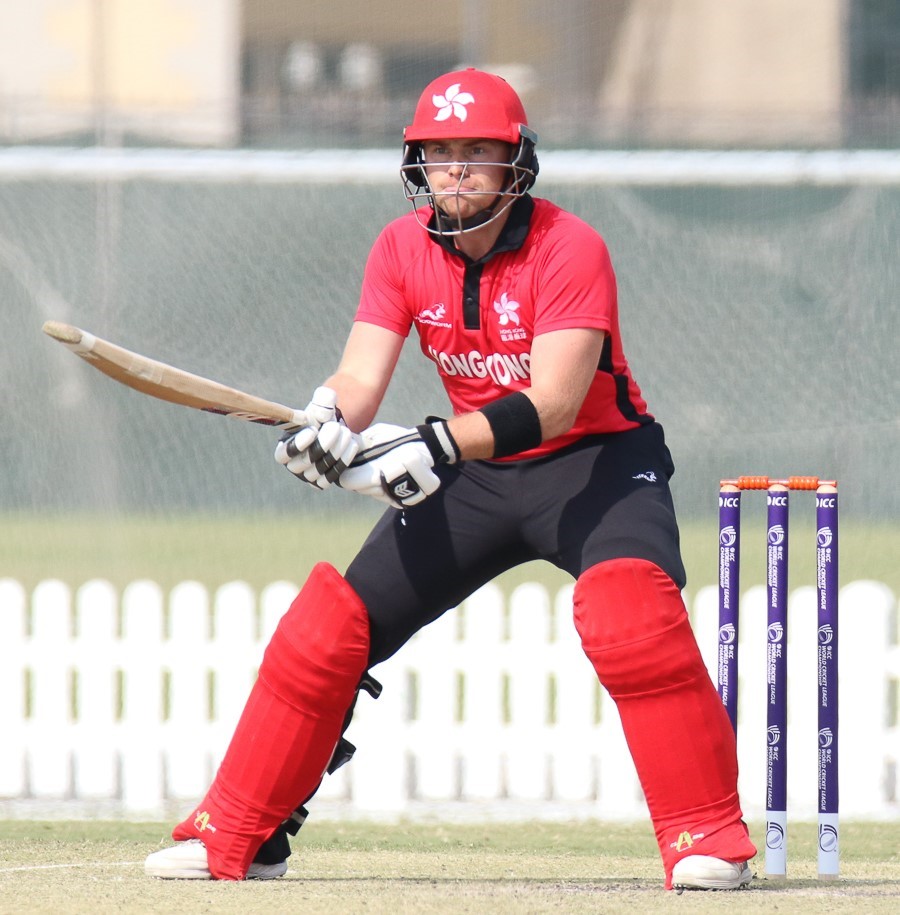 We managed to catch up with Scott after the game, and he was really pleased with his performance and more so to get over his debut nerves. In his second game, a couple of days later, he didn’t get in until the end of a great first innings HK effort but recorded a cameo 11 not out. He was quick to point out, “That gives me an ODI average of 40!” J

All at B3 are immensely proud of Scott’s achievements and the determination he has shown to reach his goals! Here’s to a great future with Hong Kong! 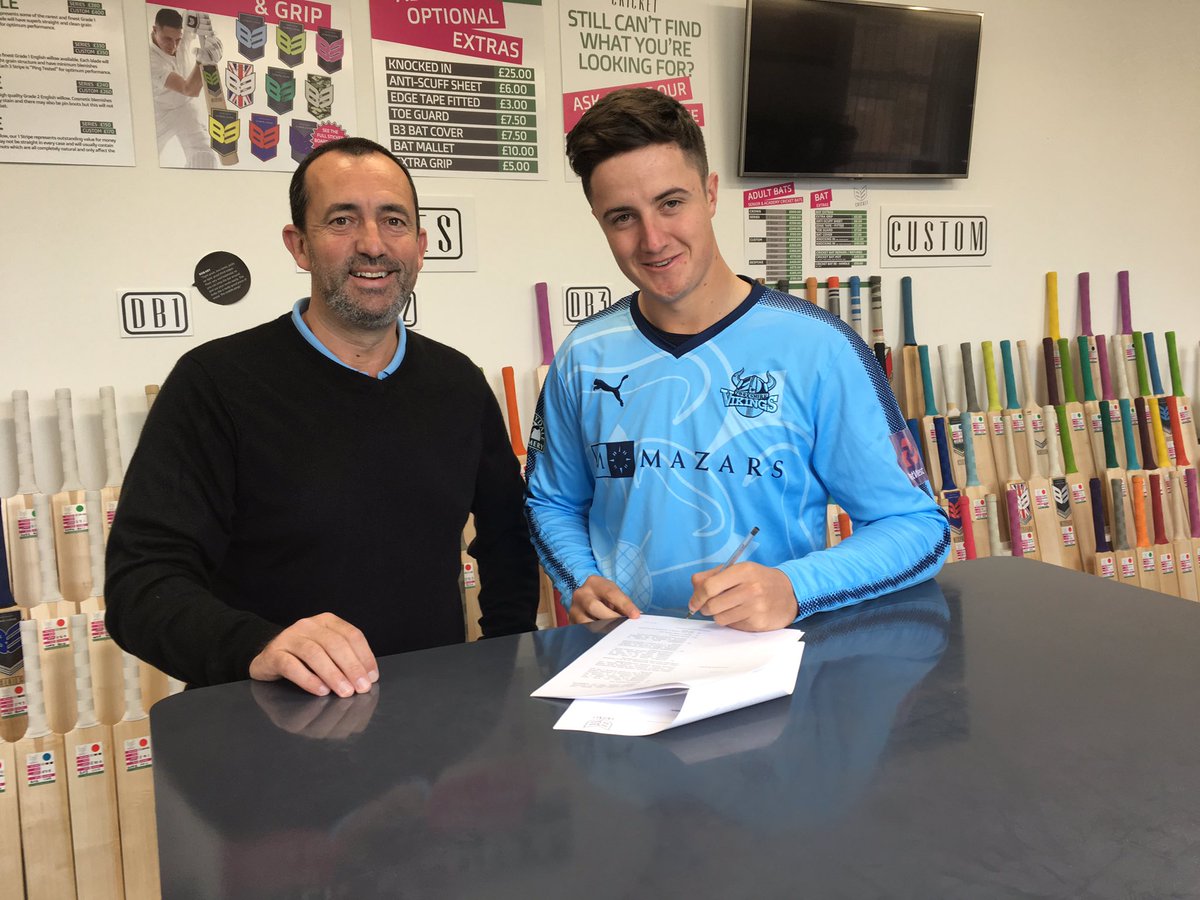 It gives us great pleasure to announce that Yorkshire big hitter Tom Kohler-Cadmore has extended his current deal with B3. Following another exciting year for the 23-year-old in which saw him re-join his home county, Yorkshire, he continued to rack up the runs in both the long and short formats of the game.

B3 are proud to support him on his continuing journey in cricket and we hope that with a helping hand from the best bats in the business, Tom will continue to enjoy success with both Yorkshire and hopefully England. 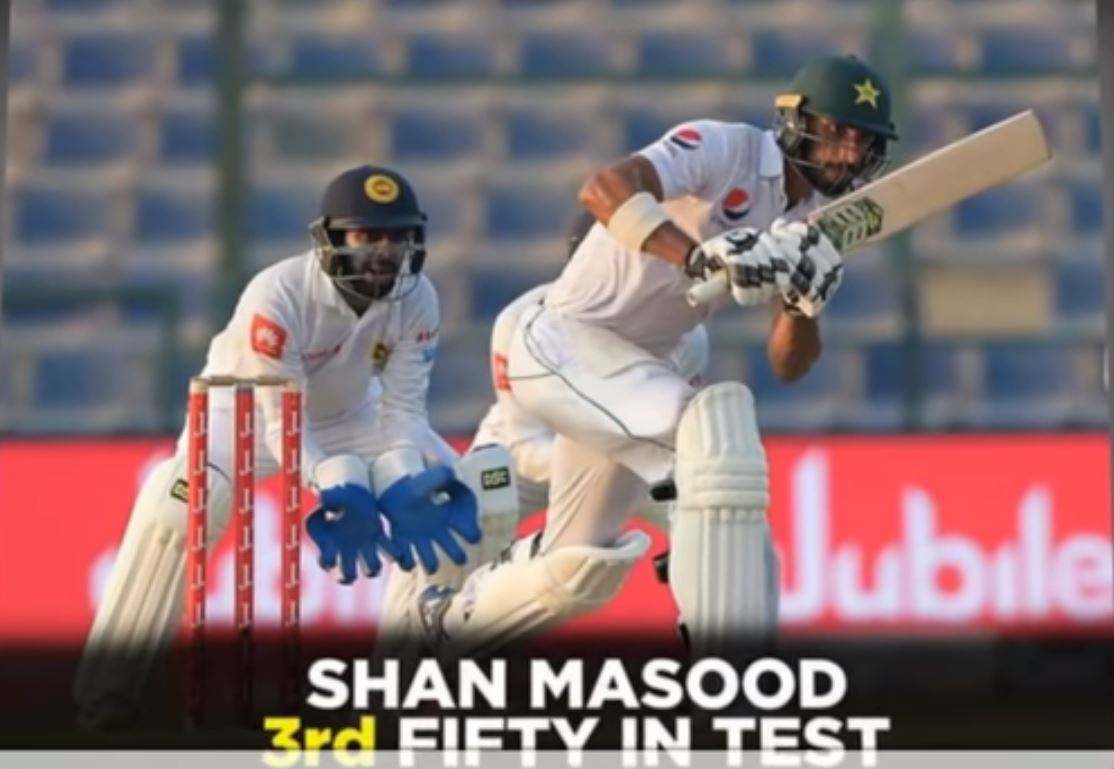 Following a period out of the Pakistan set up it was great to see Shaan Masood back on our screens and opening the batting for his country out in the UAE. In his first innings back, Masood struck a patient half century against a tricky Sri Lankan attack in what was ultimately a losing cause. This is an encouraging start for Shaan who can hopefully kick on from here and pile on the runs in an extended go at the top of the order. 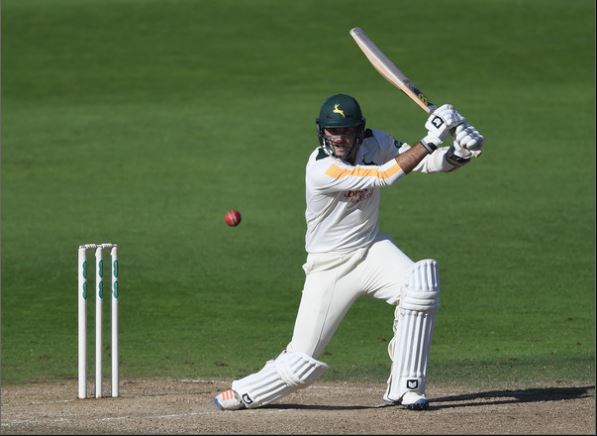 Following on from a season where he topped the wicket taking charts for Nottinghamshire in First Class Cricket, Brett “The Hitman” Hutton has left the county and joined Northamptonshire in an exciting move for the young all-rounder.

With a desire to shine in all formats of the game Brett is hoping for more exposure in white ball cricket in particular. We think the Steelbacks might have pulled off a fine deal and expect even more runs and wickets next season!!

Mull Gets Reward for Fine Form! 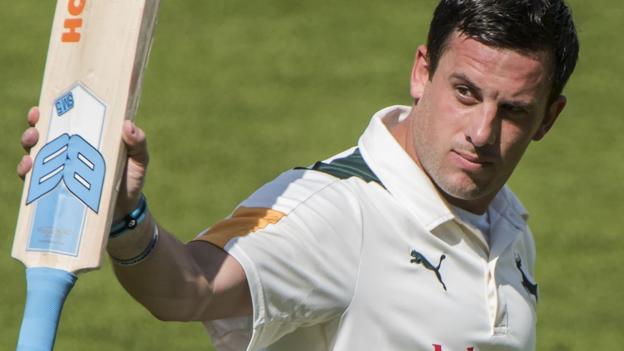 It was another magnificent season for Nottinghamshire opening batsman and golden armed seam wobbler, Steve Mullaney. As a reward for his crucial 1,171 runs and 41 wickets for the county in all formats of the game, Nottinghamshire have tied him down with a new contract until the 2021 season. Following a trophy laden 2017 with the club – here’s to a successful future for Mull and the Outlaws moving forward!

B3 Cricket becoming more established year on year, we get an increasing number of sponsorship requests and it really is great to see the brand becoming established on the county set up and have professional cricketers queuing up to use our gear.

Here at B3 we are proud to sponsor our growing team of professional players. From established stars like Steve Mullaney (Notts), Tom Kohlar-Cadmore (York’s), Luis Reece (Derby) and Graham Wagg (Glamorgan) to some of the best up and coming talent like George Rhodes (Worcester) Brett Hutton and Jack Blatherwick (Notts).

In the women’s game we have three of the best young players around, Emma Lamb (Lancs), Freya Davies (Sussex) and Marie Kelly (Warwickshire).

The latest addition to the team is Glamorgan opener Nick Selman who as broken through to the first team after doing well in the seconds last season. Born and raised in Brisbane, Nick has represented Queensland in both cricket and Australian Rules football at age-grade levels, before opting to choose cricket as his first-choice sport.

Since 2014 he has played club and second eleven cricket in south-east England, using his dual Australian-British citizenship, in the hope of securing a professional contract with a county side. His run-scoring for Tunbridge Wells CC attracted the attention of Kent for whom he made his second eleven debut in 2014, besides having trials with Gloucestershire and Glamorgan 2nd XI’s in 2015.

Glamorgan saw the talent and took Nick on and now Nick is repaying their faith with 3 championship hundreds so far this season. He’s also featured in the T20 squad and we are confident he continue to impress with a B3 belter as his weapon of choice! 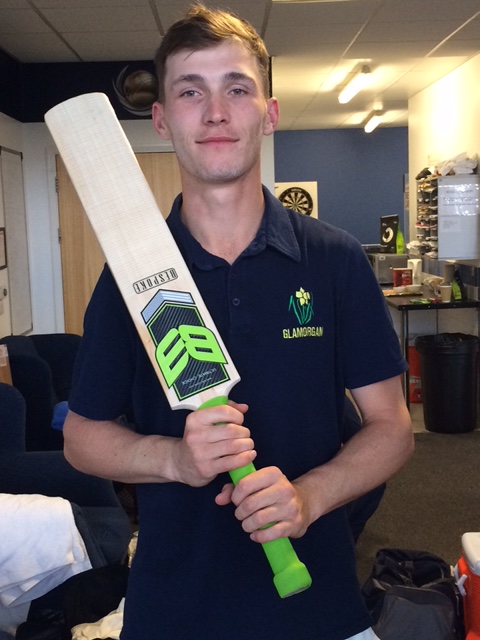 Bright Start for TKC at Yorkshire

Tom Kohlar Cadmore has made a bright start to his career with new County, Yorkshire. Whilst having to be patient for his chance to play red ball Championship cricket, he’s slotted straight into the top order for the Yorkshire Vikings in the T20 Blast. Featuring in some record breaking totals at Headingly, Tom scored just under 300 runs in the tournament including 75 of 40 balls against Leicestershire. Whilst the badge may have changed, the velocity at which the ball leaves Toms custom B3 certainly hasn’t, if anything it’s increasing. Lucky Yorkie’s!

Derby Lads Having a Blast!

Perennial underdogs Derbyshire had a T20 blast to remember as they made it out of the group stages for just the second time in the history of the tournament. This was in large part due to some excellent performances by Team B3.

Luis Reece had an outstanding tournament scoring 433 runs for the Falcons including an impressive 97 off 55 balls against former county Lancashire. Tom Wood also smashed a few at the top of the order whilst exciting prospect Callum Brodrick made his breakthrough for the club, with a 50 on debut against the West Indies no less. With another of the B3 stable in Harry Podmore joining on loan for the final few games of the season you shouldn’t miss us if you go down to the County Ground! 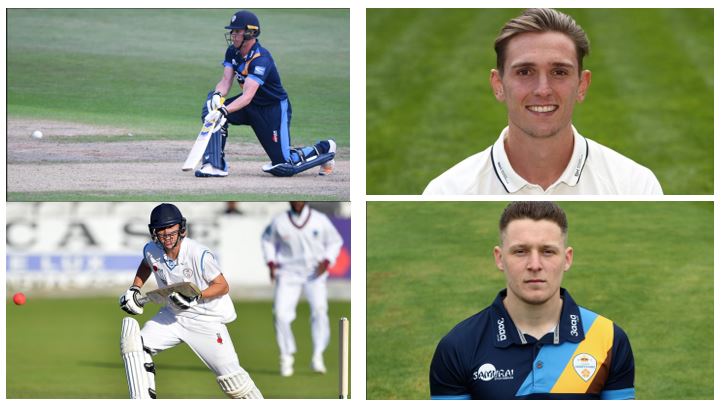 We have supported George now for the past three seasons and it is always great when of our younger ambassadors breaks through into the first team, with George making his first class debut in 2016. George has signed an extension deal which will see him at Worcestershire CCC until the end of the 2019 season. 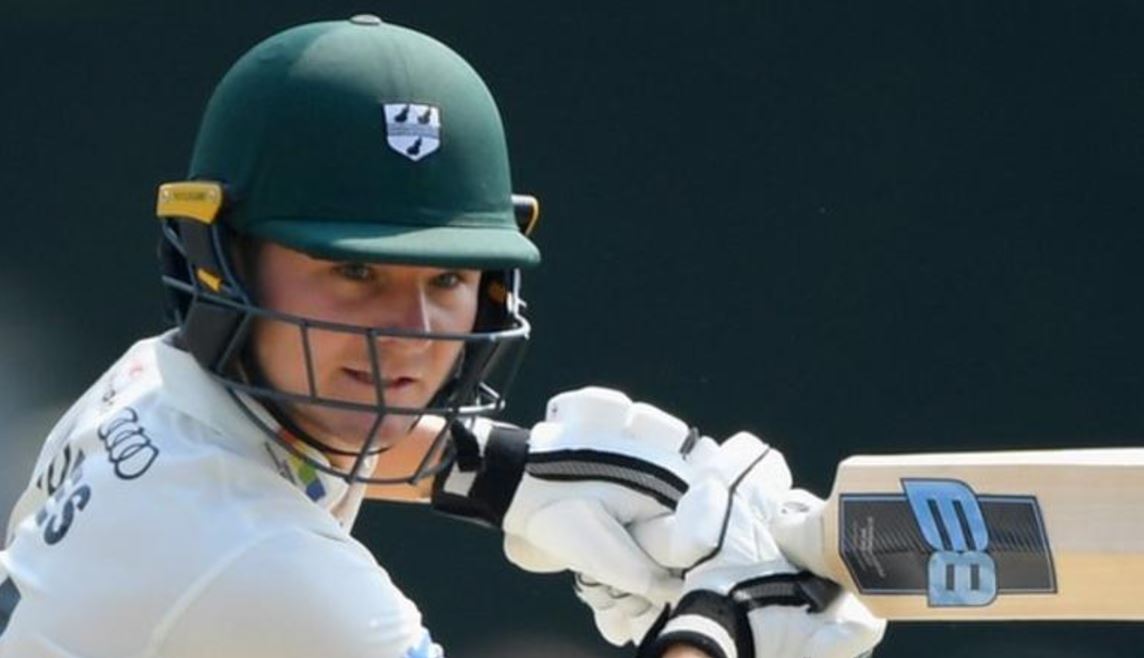 George has recently moved up the order to open the batting against the win against Nottinghamshire CCC showing his versatitity scoring 32 and 21 on a very difficult pitch, which in the context of a low scoring game were priceless.