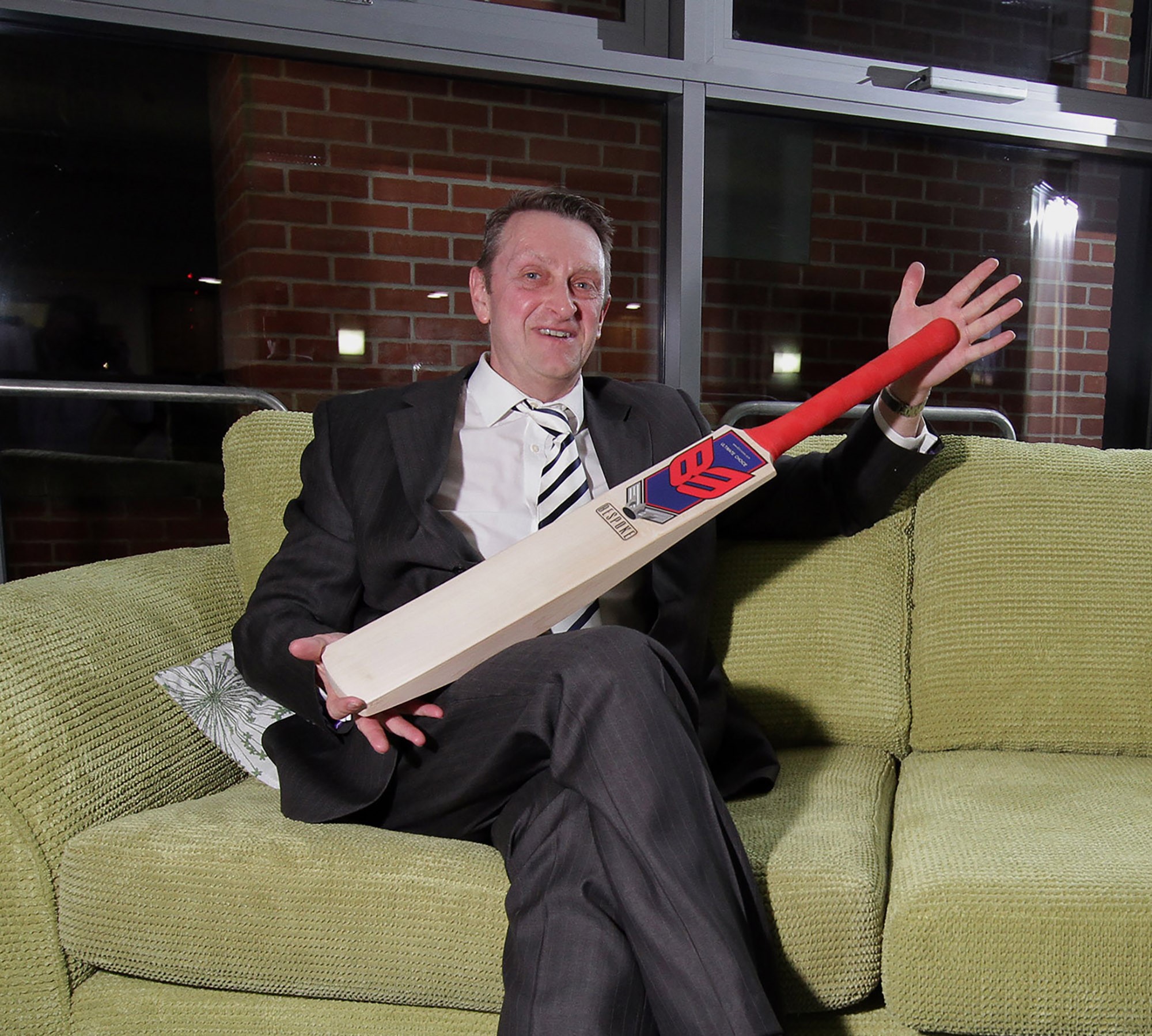 Cricketer and umpire with a passion for crafting bespoke bats

When the England cricket captain Joe Root was seeking his first bat sponsor, he turned to a trusted old family friend — Russell Evans, one of those men whose presence permeated the game at almost every level.

A former county cricketer and umpire who had played junior cricket with Root’s father, Evans was overseeing the manufacture of bats and other equipment in Nottingham. He quickly arranged the deal that would help the young Root to become one of the best batsmen in the world.

His role was acknowledged by the England players — led by Root and the fast bowler Stuart Broad — in Australia this month when they wore black armbands in memory of Evans at the start of the second Test in Adelaide. He had died aged 52 after a routine medical procedure.

Evans was responsible for overseeing a range of cricketing equipment, including gloves and pads as well as bats, and supplied a number of top-class cricketers — Marcus Trescothick, Michael Vaughan and Steve Waugh among them — with bats carved and crafted out of English willow and checked by Evans before being dispatched.

He was mischievous and played practical jokes on colleagues

In 2012 he set up his own company, B3 (standing for Bespoke cubed), with a view to providing the amateur, part-time cricketer with the same standard of bats as those available to professionals. He relished examining grains, edges and spines and liaising with manufacturers on the sub-continent over the design of pads and gloves. He combined this work with umpiring first-class matches during the summer. He was highly regarded because of his knowledge of equipment and his earlier involvement in county cricket. It was generally agreed that he “was not a flapper”.

He had an almost childlike sense of mischief with a dry — sometimes naughty — sense of humour. He would draw risqué images in the notebooks of his umpiring colleagues, who would find them when they were checking details between overs.

On one occasion his friend and fellow umpire David Millns opened his cricket bag back home after returning from a match at Old Trafford to find a traffic cone. On another he found that the buttons had been snipped off his England and Wales Cricket Board blazer.

Russell John Evans was born in Calverton, Nottinghamshire, in 1965. His father was deputy manager of the local colliery and passionate about cricket. He was educated at the Colonel Frank Seely School in Calverton and, like his brother, Kevin, played for Nottinghamshire.

He never established himself in the first team, which was awash with Test players, and was released in 1992. He played in seven first-class matches, scoring 201 runs and taking three wickets with his medium-pace bowling. He later played minor counties cricket for Lincolnshire. He was largely restricted to appearances in the one-day game.

He met his future wife, Alison Marshall, on a night out in Nottingham accompanied by Millns. “She was training to be a nurse and Russell went up to her,” Millns said. “No doubt with a cheesy line!”

Opportunities to develop the relationship were at first restricted because she lived in a nurses’ compound, but during the winter she went with him to New Zealand, where he had a post as an overseas professional. The couple had two children: Kelly is reading law at university in Liverpool, while Bradley, a talented swimmer, is at school in Long Eaton, Derbyshire, where the family live. Much of Evans’s spare time was spent taking his son to swimming galas, but he was a keen rugby fan and played golf off a single handicap.

Evans had been on the first-class umpires’ list for four years. He stood in county matches and women’s internationals. He also mentored umpires at lower levels. As he embarked on his umpiring career, Evans had sought the advice of Ray Julian, an experienced official who told him to “relax and enjoy yourself — and make sure you smile when you give a batsman out”. It was advice that Evans certainly followed.

Russell Evans, cricketer and umpire, was born on October 1, 1965. He died on November 30, 2017, aged 52, after suffering complications following a routine medical procedure.