You are visiting: Home > Making a difference on and off the field 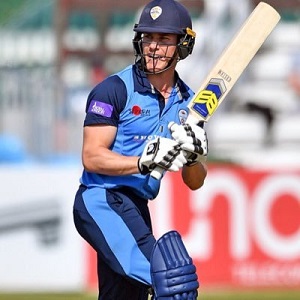 Making a difference on and off the field

Long term B3 Pro Ambassador, Luis Reece has enjoyed one of his best ever seasons in English cricket in all formats. The Derbyshire allrounder took a career-best 52 wickets in the red ball County Championship and 785 runs averaging over 30 a high-score of 184.

Luis is one of the few County players called upon to open both batting and bowling which shows the value of the man to the team and why he was chosen as Derbyshire County Championship Player of the Year.

In the T20, Reece scored three half-centuries in the competition and claimed ten wickets at an average of 27.00. His efforts were instrumental in helping Derby reach the finals day at Edgbaston.

He also did well in the Royal London One-Day Cup, scoring 310 runs at an average of 38.75, including one century. He also backed this up with 5 wickets.

Charity work and a determination to help others

However, it was Reece’s off field charity work and a determination to help others impact this season was not restricted to the cricket field, as he stepped-up his campaign to raise money for charity by completing a set of challenges.

From running 10k in full batting gear, eating a Scotch Bonnet Chilli to sporting blue hair for the Vitality Blast quarter finals. He did some crazy things for some great causes.

His antics caught the eye of The Cricketer magazine whose journalist Nick Friend wrote the following article.