You are visiting: Home > View from the middle – Jeremy Lloyds 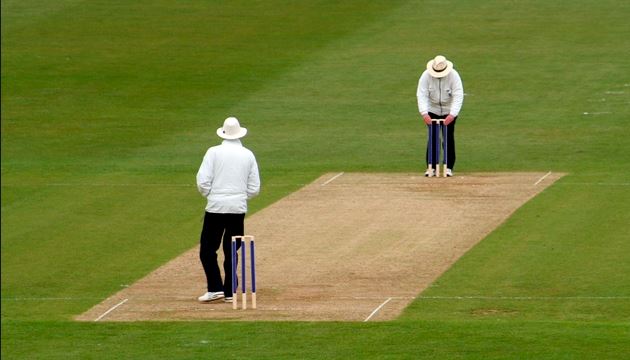 View from the middle – Jeremy Lloyds

Russell Evans, B3’s Commercial Director, is a former professional cricketer and now an ECB Reserve List Umpire. This issue, he has asked his colleague Jeremy Lloyds to tell us a little bit about the umpiring life. Jeremy played county cricket for12 years and has umpired first-class, ODI and Test matches.  He writes:


Nigel Plews said to me very early in my career, “Be prepared for any scenario.” I prepare for every game in the same way. Routine is so important. It is a given that every Umpire knows the Laws of the Game, however every competition you umpire in has its own regulations that often supersede the Laws. There are changes to these regs at the start of every season, so time spent going over them on your own and with colleagues is crucial preparation.
On match day, if my partner is there early like me then I’ll ask what he wants to do. No two umpires are alike and we all have our own way of doing things. If he’s the same as me we will check everything is ok with the ground staff. They are an important part of the team that gets the game through the day. We will also have a coffee and a chat with the scorers. They are another important part of the team.

For the two umpires, it is always good to talk about possible situations that might occur during the day and how we are going to deal with it. If you do this each and every time you umpire then you give yourself the best possible chance to focus your attention on the day ahead in the middle.
There so many more aspects to umpiring and if you had a few days to sit down and talk about it, we might get somewhere close!
All I know is I love what I do – and I can’t now believe that I only have six seasons left. The Game is the most important part of what we do and without the umpires doing what we do at whatever level we are involved, the Game would become very messy!
Have a good winter and here’s to the next season.