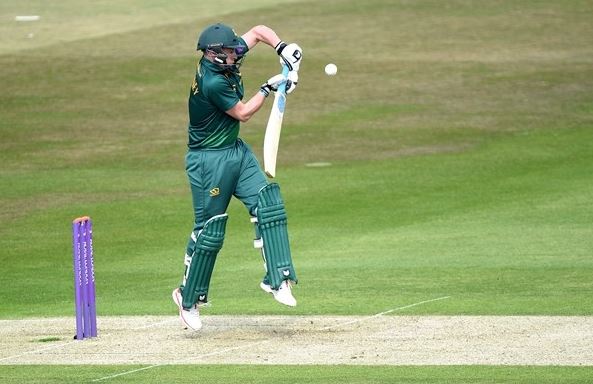 both the batting and bowling departments.

At Nottinghamshire, Steve Mullaney has scored several half centuries and also been more than useful with the ball, taking his maiden first class 5 fer in the victory over Gloucestershire. Mull also scored his maiden List A Century this month, taken the Nottinghamshire Outlaws to the Final at Lords – read more here

Team mate, Brett Hutton, has also been in the runs and wickets on his return to the team and will be sure to give the management a selection headache when the Nott’s international contingent return from duty.

At Leicestershire, Harry Dearden has been a steadying influence at the top of the order in his first season with the Foxes.

All-rounder, Luis Reece had been doing well at Derbyshire until a recent health scare in the game against Northants. Luis was taken to hospital after breathing difficulties and subjected to various tests which identified the problem as a viral infection which had caused inflammation around his heart. Hopefully Luis will be back on the field again soon.