You are visiting: Home > The Evolution of the Cricket Bat 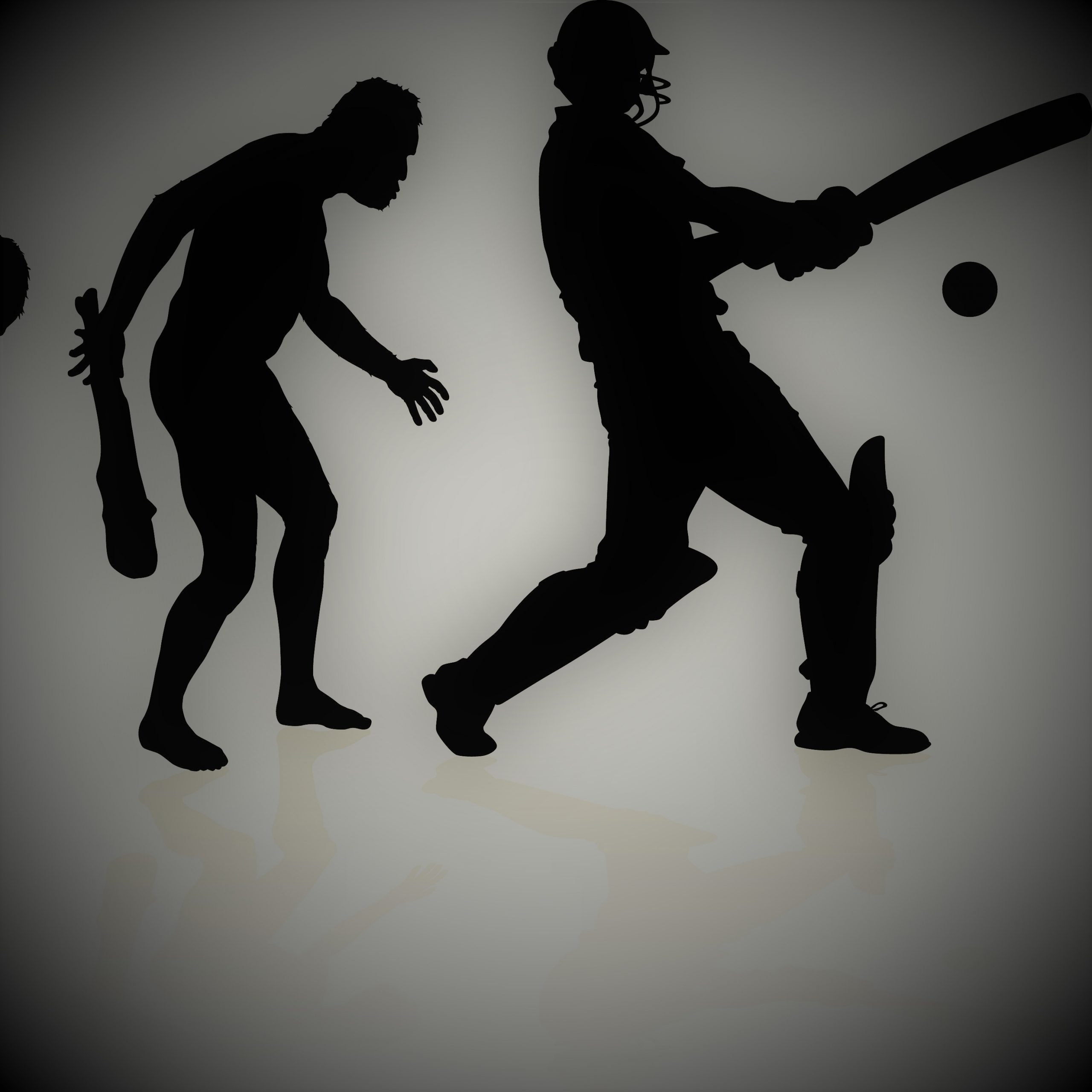 The Evolution of the Cricket Bat

At B3 we are one of the most advanced cricket bat manufacturers in the world today!
We are always looking to innovate and push the boundary ropes to see if we can take our bats and equipment to levels of superior performance, previously unseen.
Whilst we are always looking to the future – we thought it might be interesting to take a look back at the evolution of the bat, right from the conception through to the modern day.
The photograph below shows how bats have evolved. From left to right we can see that the early cricket bats (c. 1720) were actually more like hockey sticks and gradually developed into something more akin to the bats we use today. 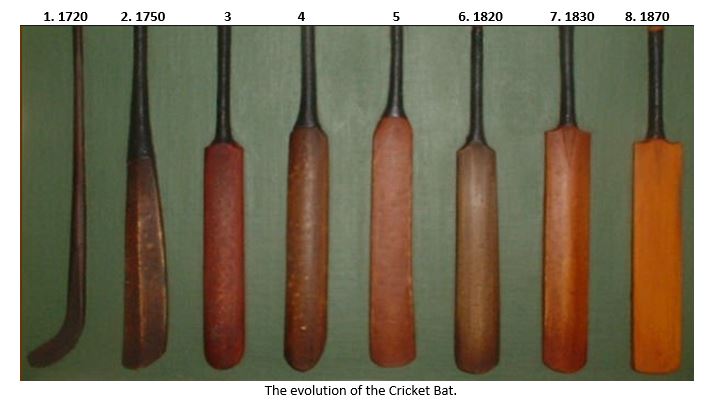 The Evolution of the Cricket Bat

1720 – The earliest cricket bat looked more like a hockey stick as This may well have been a legacy of the game’s reputed origins. Although the first forms of cricket are lost in the mists of time, it may be that the game was first played using shepherds’ crooks. Reference 1 in the picture above

Interestingly, the first mention of Cricket in print was in 1624, when an inquest was carried out after a fielder was killed. The batsman had tried to put the fielder off and prevent him catching the ball by whacking him around the head with his bat. This may have been the instigator of law 37 – obstructing the Field.

1750 – The laws were changed to allow “length bowling”, which was still performed underarm. The cricket bat became roughly parallel with a maximum width of 4.25″. This is still the same today. They were extremely heavy, with the “swell” at the bottom.  If you were to pick one up today, you’d probably describe it as “bottom heavy”. Batting technique began to adopt a more vertical swing, rather than the traditional horizontal, “sweeping” style. At this time, batting was based around power and strength, rather than technical flair.  Reference 2 in the picture above.

1750 – 1820 – The cricket bat stayed at the maximum width, but the blade length, shoulder and toe changed over this period

1820’s – Round arm bowling was allowed, instigating more bounce so the cricket bat became lighter with a higher “swell”. The cricket bat was now becoming like the shape we recognise today. At this stage the blade and the handle are made out one piece of willow. Reference 6 in the picture above.

1830’s – Until this period all cricket bats were one-piece willow. However, because of increased breakages and shock as the ball travelled faster, cricket bat makers started to “splice” handles into bats. Handles were either solid willow or ash. Reference 7 in the picture above.

1840 – The first recorded use of a “spring” being inserted into the handles of the cricket bat. These were initially whalebone (as used in ladies corsets) and some year’s later India rubber.

1853 – Thomas Nixon, a Notts cricketer, introduced the use of cane in handle making in cricket bats.

1864 – The laws were altered to allow over- arm bowling so there was a further lightening and more refined shaping of the blade. Handles became intricate constructions and were nearly all made of cane with rubber grips.

1870’s – The shape of today’s cricket bat evolves, and due to the MCC regulatory committee still maintains a similar construction some 147 years later. Reference 8 in the picture above.

So that’s the last few centuries covered, where will it all go next. Whilst the fundamentals of bat construction haven’t changed much in the last 147 years, the change in size over the last decade or so has been pretty dramatic with lighter, bigger bats. A lot of this is down to modern kiln drying and manufacturing techniques.

The MCC were concerned that the balance between bat and ball was shifting too far in the batters’ favour and, in 2017, they introduced new laws restricting the size of bats. The new code now means that the maximum dimensions of a cricket bat will be 108mm in width, 67mm in depth with 40mm edges.

In early 2021 there was a lot of media coverage about the potential to make bats from bamboo instead of willow.

A Cambridge University study suggested a prototype bamboo bat was stronger, more sustainable, and cheaper to produce than traditional ones made with willow, with the lower cost potentially boosting the sport’s reach.

But the MCC, the guardians of the laws of the game, revealed bats must be made from only wood and bamboo is a grass. Another issue with bamboo is that it needs to be laminated, joining several pieces with glue to make the bat. Another MCC law states that lamination is only permissible with junior sized bats. Therefore, for bamboo to become a credible alternative to willow, a change of laws would be required.

Here at B3 we are constantly looking at ways in which we can supply both a better product and service to cricketers who demand the best. We are seeing a real growth in our custom bat fitting service, and we are working on several new shapes and technologies which we believe will shape the future of the cricket bat. Watch this space!