You are visiting: Home > Individual Achievements and Happy B3 Customers 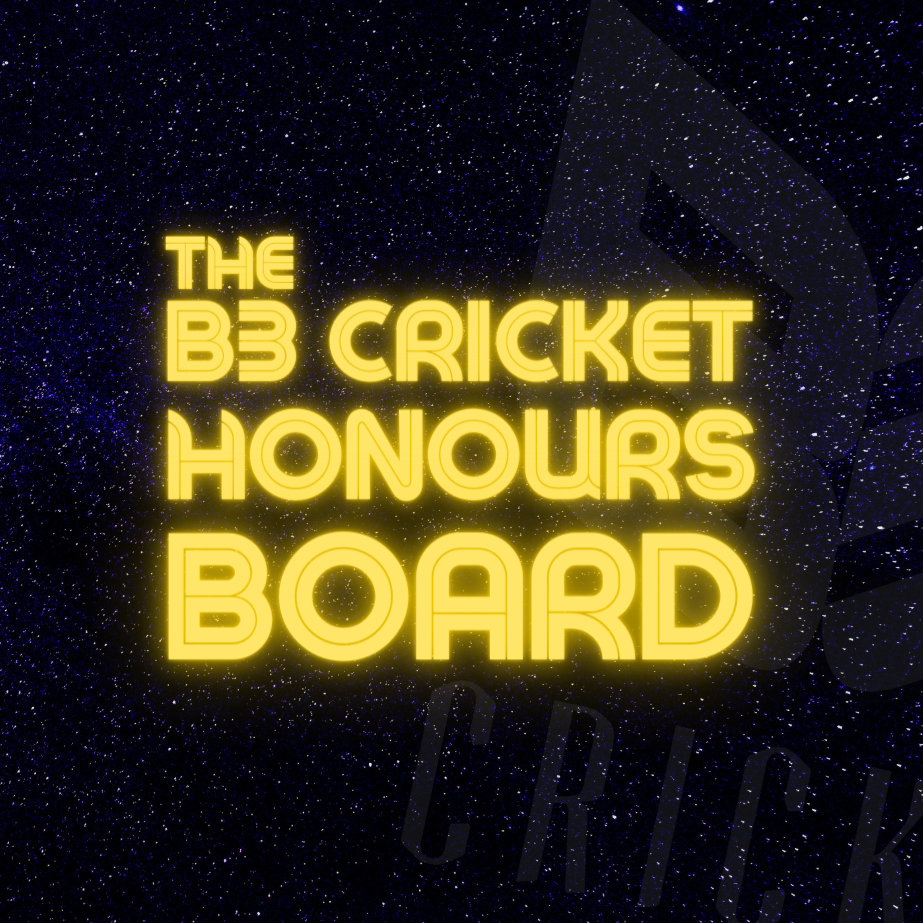 Individual Achievements and Happy B3 Customers

Towards the end of the season, we had an idea to create a Facebook group for our customers to share their cricketing achievements. I know what you are thinking ‘the end of a season is a strange time to start such a group’. Well I couldn’t agree more, but we did, and we hope to gain more members throughout the winter.

Here’s just a few of the achievements posted recently from happy B3 Customers.

Steve Woodward
This time last year I got my hands on my brand new B3 bat but thanks to lockdown by the time the season started in April I’d still barely used it. I started the season in Div 7 with our 3rds and for whatever reason I couldn’t get a bat. Fast forward to the middle of the season and I’d I’d still only used it once in anger and that was in Div 9! This prompted a rather drastic mid season move so I could try and get a bat. At my new club I spent a couple of weeks unable to hit the thing off the square but then in the following weeks I found a bit of form with a couple of 40’s which prompted a suprise promotion to the 1sts in Div 3 for the final few games off the season where I managed to score 66 opening the batting!

Jamie Evans
Moved clubs this year season and made my highest runs in a season ever. 3 50`s for me in a season is unheard of… Amassing 297 between our clubs 2’s and 3’s. My B3 DB3 finally done its job

Will Cope
My first ever ton which turned into 151, coincidence it was with a B3 bat? helped secure promotion for the 2nd XI that day so that now both the 1s and 2s are in the same league! Could get tasty.

Luca Pemberton
Luca Pemberton scored his first senior 100 at just 13, he’s also had his best year for Lancashire with nearly 300 runs. Total runs from all formats this year = 1285 runs with his B3 bat.

JOIN THE B3 CRICKET HONOURS BOARD

We have created this group specifically for B3 Crickets valued customers to share their cricketing achievements and accolades.

Every post will be entered into our quarterly draws with some fantastic prizes: bats, kit, coaching sessions, tickets to events etc.. Join the group today and post your best cricket achievements today!You can post anything from a fine century, a five wicket haul or taking a catch on the boundary to win the game for your team.

Congratulation Luca Pemberton on winning the last quarter draw ….. Your batting gloves are waiting for you to claim :-).