You are visiting: Home > HARRY PODMORE SHINES UNDER THE LIGHTS 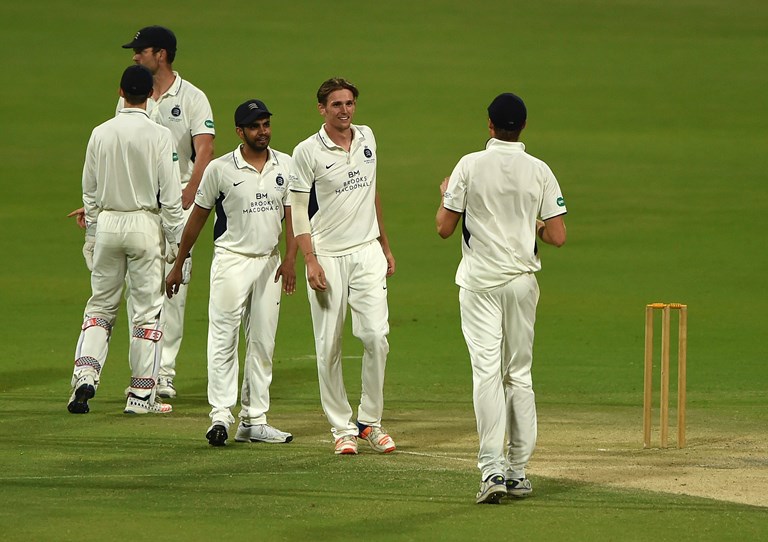 HARRY PODMORE SHINES UNDER THE LIGHTS

We are delighted to announce yet another professional has joined our ranks here at B3 with young Middlesex seamer ace, Harry Podmore, becoming the latest player to join #teamB3. The Lords based paceman broke into the County Championship winning side last season and impressed with ball in hand, taking 7 wickets in the match against title rivals Somerset.

More recently Harry shone in the MCC Champions game in the UAE where he took 2/44 and 3/25 as Middlesex claimed a nail biting 1 wicket victory. He has recently joined Glamorgan on loan for the first month of the season where he will be hoping to get plenty of early season overs under his belt.

Good luck for the season ahead Harry!