You are visiting: Home > All Rhodes Lead to Hucknall! 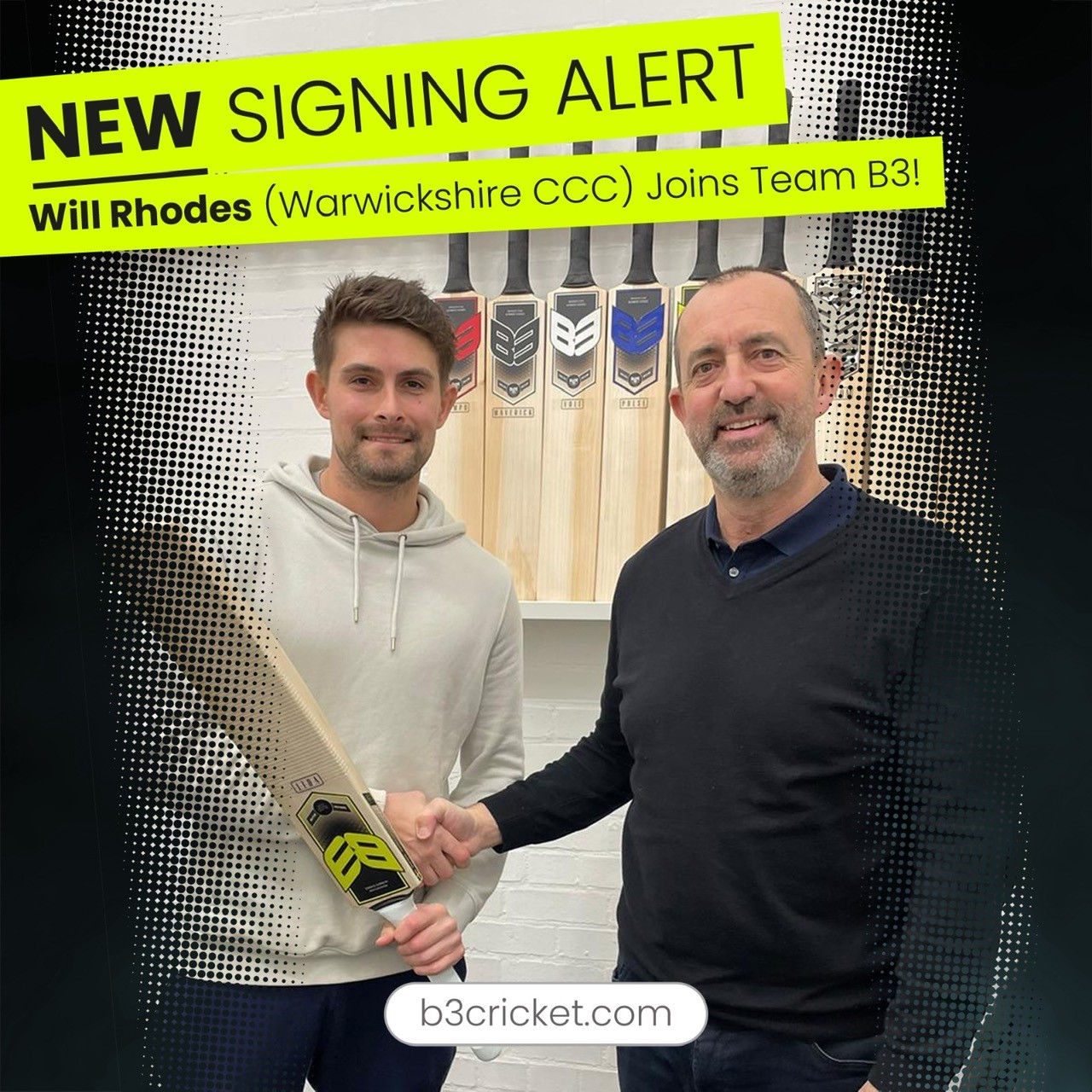 All Rhodes Lead to Hucknall!

This week we signed our latest Pro Ambassador, Warwickshire CCC batting allrounder and skipper, Will Rhodes.

Will started his professional career with Yorkshire in 2013 and soon progressed to international honours with England U19’s. In 2018, Will moved to the Midlands when he signed for Warwickshire where his Bears career got off to a flying start with four championship centuries in his first season. Will’s continued progression both on and off the field, saw him take on the skipper’s role at the end of the 2019 season. In 2021 he led Warwickshire to a famous County Championship Division One title.

The headline of this article does have more relevance than just a play on words. Will’s great uncle, Cis Rhodes, is well known to many of us at B3 Cricket. B3 are based in Hucknall, Nottingham and Cis was the driving force for many years behind Hucknall Cricket Club.

Cis sadly passed away a few years ago but everyone at Hucknall CC remembers him fondly. Hopefully, on one of Will’s visits to the factory, we can pop to the club and have a pint, sat on the bench in memory of his great uncle.